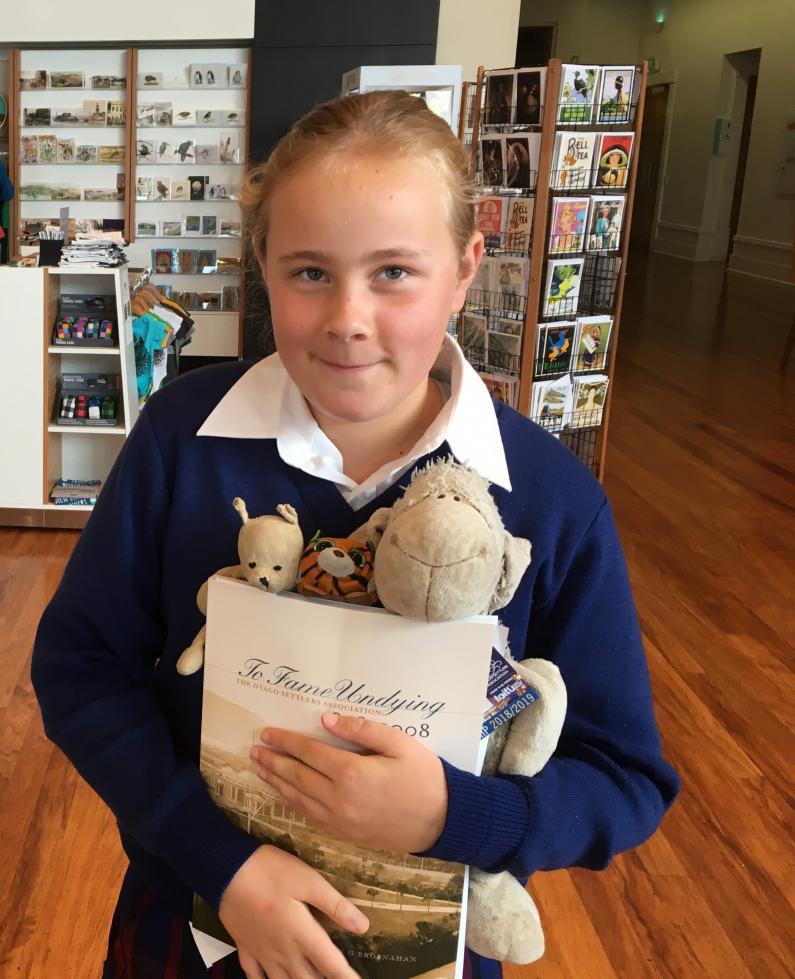 The inaugural OSA video competition was held over the spring school holidays in early October. We asked for creative and inspirational short films with a message which develop a narrative within the Museum. The judges were Luke Chapman of Channel 39 and Joseph Brosnahan, who filmed the documentary ‘Journey of the Otagos.’ The winners received $200 and a year’s free family membership of the Association. Joseph ‘applauded each entry for picking up a camera and making an effort to create a film. It’s never an easy task, so credit for the effort. I hope they all continue to do so.’ The winner of the 6-12 age group was Ariel Holloway (aged 10) for ‘Lucy, Tiggy and Pooh find the best place in Toitu’ (www.youtube.com/watch?v=N0KA6-lI2Ag). Joseph ‘thought this was a cute little film … funny in a charmingly childish manner, and I liked how it showed the various areas of museum in a creative way.’ Nate Lachmann (aged 13) won the 13–17 age group with ‘Otago Settlers Museum Alive!’ Joseph judged this ‘well filmed with nice camera work, good quality and the visual effects were a nice addition.’ Nate ‘did such a nice job with the film you could probably use it as a promo video for the museum.’ You can watch it at www.youtube.com/watch?v=ffdRcrgjXXY&feature=youtu.be